The History of Bathrooms: From Outhouses to Heated Seats 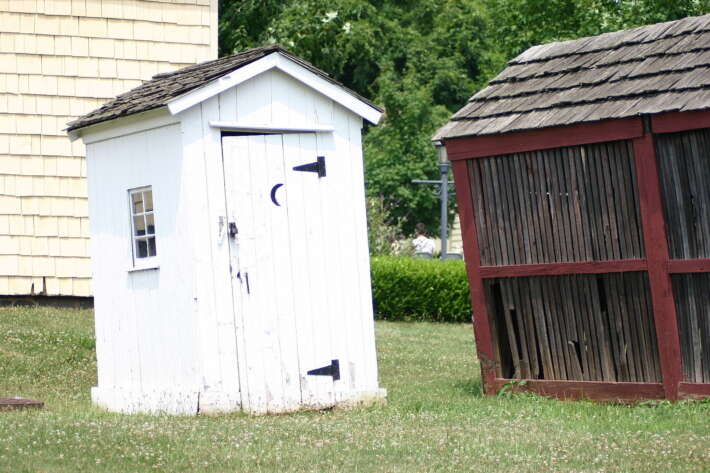 Humans spend a considerable amount of time in bathrooms throughout their lives. Bathrooms are also some of the most popular projects in home remodeling and building renovations. But the status of the “porcelain throne” has changed over the centuries.

We’ve come a long way from outhouses and the Roman baths of yesteryear. Here’s where the most important seat in the house got its start.

The Humble Beginnings of the Bathroom 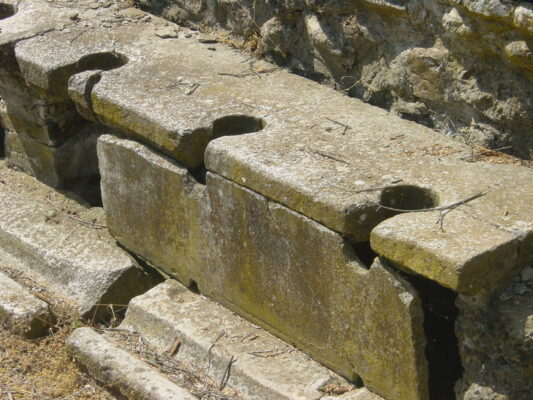 For centuries, many ancient civilizations around the world used something portable, like a chamber pot, or they visited a public bathroom of some kind. “Squat toilets, still in use today, have been discovered in Asia dating as early as 1500 B.C. Of course, where you lived and your status within your society may have dictated the level of comfort or privacy of your toilet,” says Anne Reagan from Porch. 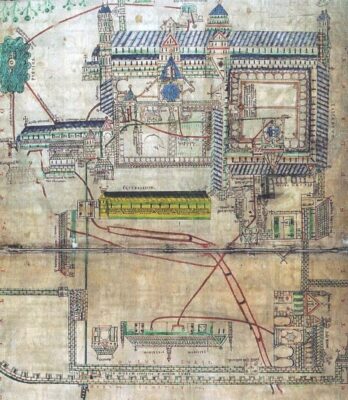 As civilizations developed further and populations grew, building design also evolved. ”During the 11th-century castle-building boom, chamber pots were supplemented with toilets that were, for the first time, actually integrated into the architecture,” explains Jimmy Stamp for Smithsonian Magazine.

Garderobes were integrated into these castle designs, and the rooms (closets, really) provided residents with areas around the castle where they could use the bathroom or dump waste and water. These systems acted as pipes, funneling away waste from the castle’s structure — an innovation on sewage treatment in building design.

Outhouses and other more primitive versions of the bathroom are still found throughout the world today, and if you’ve ever gone camping, you’ve perhaps had the pleasure of using something similar. For rural residents around the world, the toilet was wherever they happened to dig a hole, sometimes where other people weren’t around. It was that way for centuries.

“For the most part, our modern concept of privacy when using the toilet is relatively new. It’s true that the most powerful or wealthy may have been able to use the toilet in relative privacy. But for the lower or middle classes, nearly all aspects of life [were] commonly shared,” says Reagan. 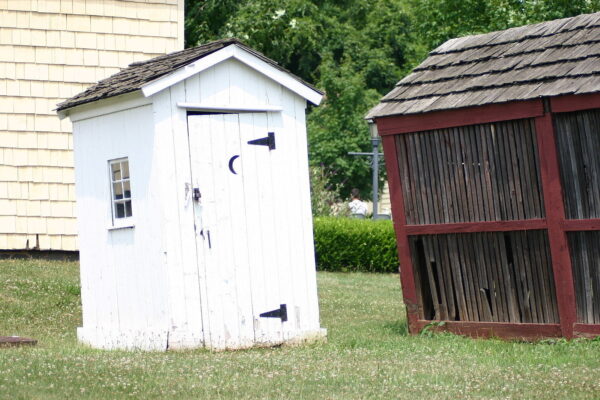 Privies and outhouses became more necessary, however, when people started moving closer to each other. There was also a cultural shift going on — while public baths were common in some parts of the world, people began demanding more privacy around their personal hygiene experiences.

The first versions of the flush toilet were invented in the late 1500s, but this flush system was made more popular in the 1850s. Cities around the world were booming in growth, and city populations became more dense.

The Industrial Revolution inspired improvements in toilet design. In fact, homeowners everywhere began to demand them.

Suddenly the lowly toilet had the spotlight — and that caused some monumental issues in larger cities, like London at the time. “The popularity of the flush toilet inside the home was creating major problems for the waste system in major cities,” explains Reagan. “Although the toilet was advancing in design, the ability for cities to both pump fresh water in and remove waste away was not. Many cities throughout Europe and America stunk, and the need for an advanced sewer system became vital to public health.”

Handwashing and the Arrival of Faucets

Handwashing has never quite been as on-trend as it has been in the last year and a half.

However, it’s been around for a long time. Washstands were commonly featured in bedrooms starting in the 1700s, and they consisted of a small table or cupboard and a basin and pitcher for water where people would wash and freshen up. These gained popularity in hotels especially, and accommodated toilet accessories and a chamber pot for guests.

But it wasn’t until the 1800s that people realized how handwashing didn’t just help with hygiene — it could also help to prevent disease.

“Religious handwashing rituals have been around for thousands of years in Islamic, Jewish and other cultures, but the notion of disease spreading by hand has been part of the medical belief system for only about 130 years. However, the first recorded discovery of handwashing’s life-saving power came 50 years earlier, in 1848, as a huge, unwelcome shock,” writes Amy Fleming for the Guardian. Hungarian doctor Ignaz Semmelweiss was the first to propose that doctors should wash their hands before attending to a patient. This theory and subsequent research helped the medical community understand how disease was spread (even though germs hadn’t quite been discovered yet).

News caught on that handwashing could prevent the spread of infection — in hospitals and homes alike. This kind of public attention toward healthier hygiene sparked the demand for more space in homes to accommodate toilets, sinks and bathing rooms.

The eventual arrival of indoor plumbing and mixer faucets helped to innovate the bathroom experience even more. 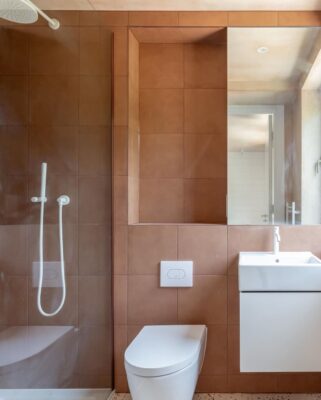 “Once relegated to the periphery, the toilet is now an oasis at the center of our busy lives,” says Jimmy Stamp for Smithsonian Magazine. In fact, “toilets (and elevators, of course) are the only elements drawn in the plans for high-rise buildings.”

Both toilets and faucets are an important feature in bathroom design today and play a big part in the modern bathroom experience. There have been many advances in sewage treatment since the 1800s, and the bathroom has become one of the most important spaces in the home.

There are a few notable trends today in both toilets and faucets.

Sensors for lighting, heated toilet seats, programmable shower and bath settings, touchless faucets, smart home assistants and televisions have all become increasingly popular for today’s bathrooms — homeowners and guests can experience luxury and the latest technology, even in a small bathroom space.

From handcrafted, traditional details like exposed piping or super modern rain shower faucets, every kind of bathroom design is possible. Custom designs are more popular than ever in residential and multifamily spaces. Homeowners and building owners can bring any idea to life, and make their bath space unique to their own taste. 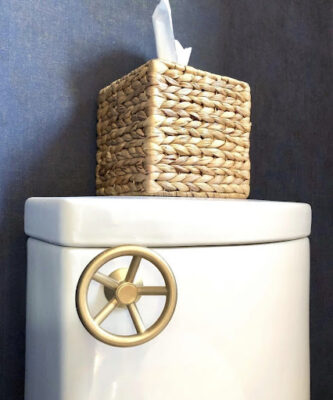 Sustainability and eco-conscious design are also major players in bathroom designs today. “One of the most welcome features of today’s bathroom are the new standards for conserving water,” says Anne Reagan from Porch. “As more US cities enter year-round water restrictions, it’s important that homeowners recognize that bathrooms account for nearly 25% of household water consumption.” 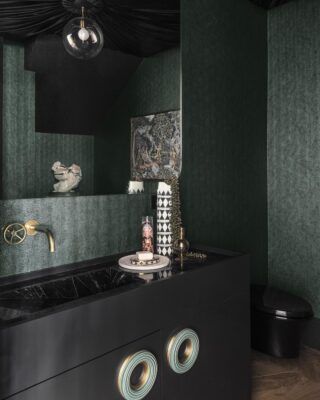 To stay on-trend and provide solutions for today’s design demands, manufacturers like Watermark Designs create customizable fixtures for home and building owners around the world. Watermark specializes in water-saving bathroom appliances and uses environmentally safe manufacturing processes to create high-quality, dependable bathroom fixtures that will work with any design you can imagine.

Looking Ahead in Bathroom Design

Watermark Designs is committed to providing products and solutions for bathroom spaces for designers everywhere. Trends like sustainability are here to stay, so manufacturers like Watermark can help you customize and create completely original product collections that keep your design goals (and the planet) in mind.

No matter what’s on-trend today, designers and architects can rely on Watermark Designs and our collections to find solutions for their bathroom design.

Play with Watermark’s configurator to build out a design and inspire your next space. 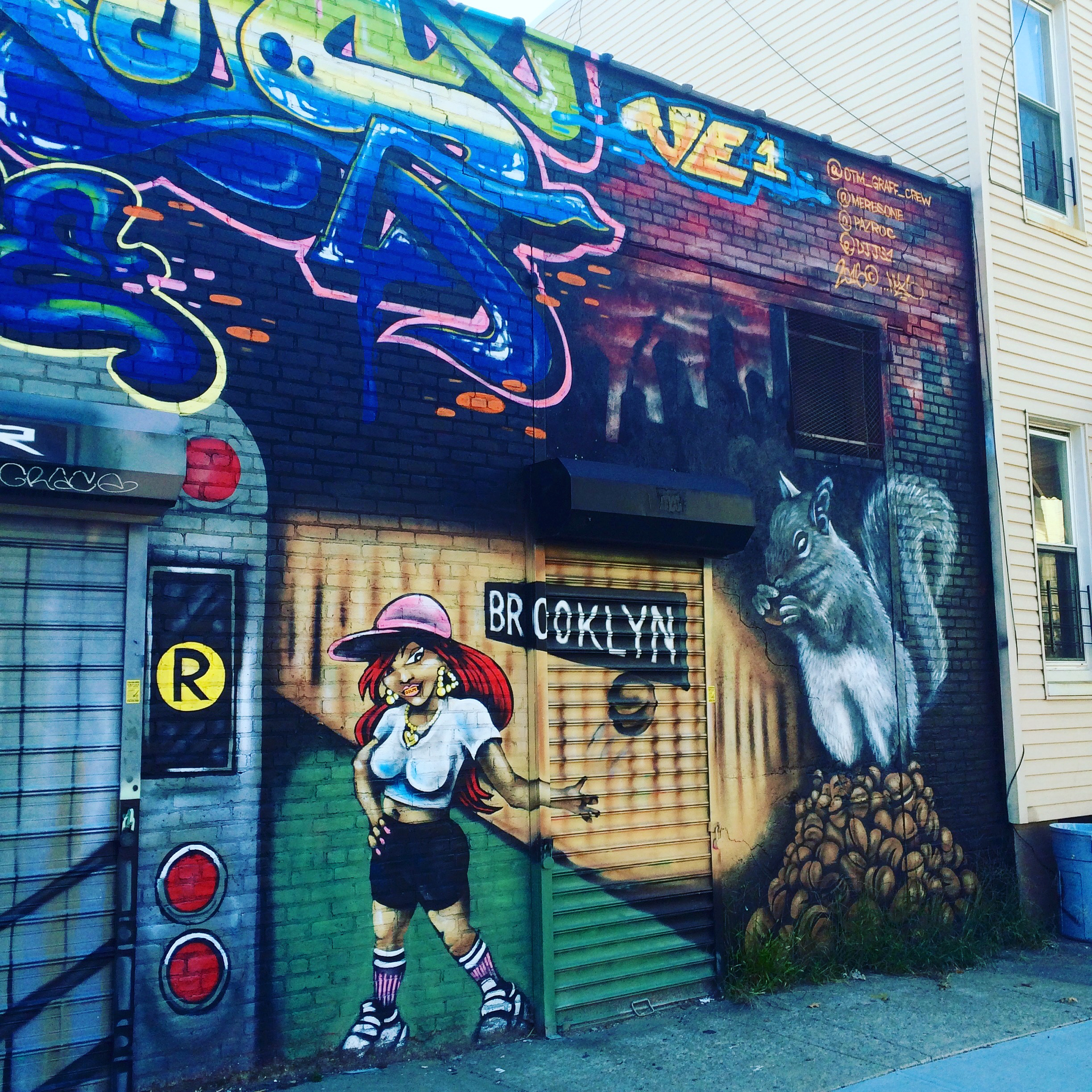 There’s a wealth of art to see and experience in Brooklyn, where Watermark is based, and we wanted to take you on a tour of our favorite works. Here are six places to see some of the best art in Brooklyn today. 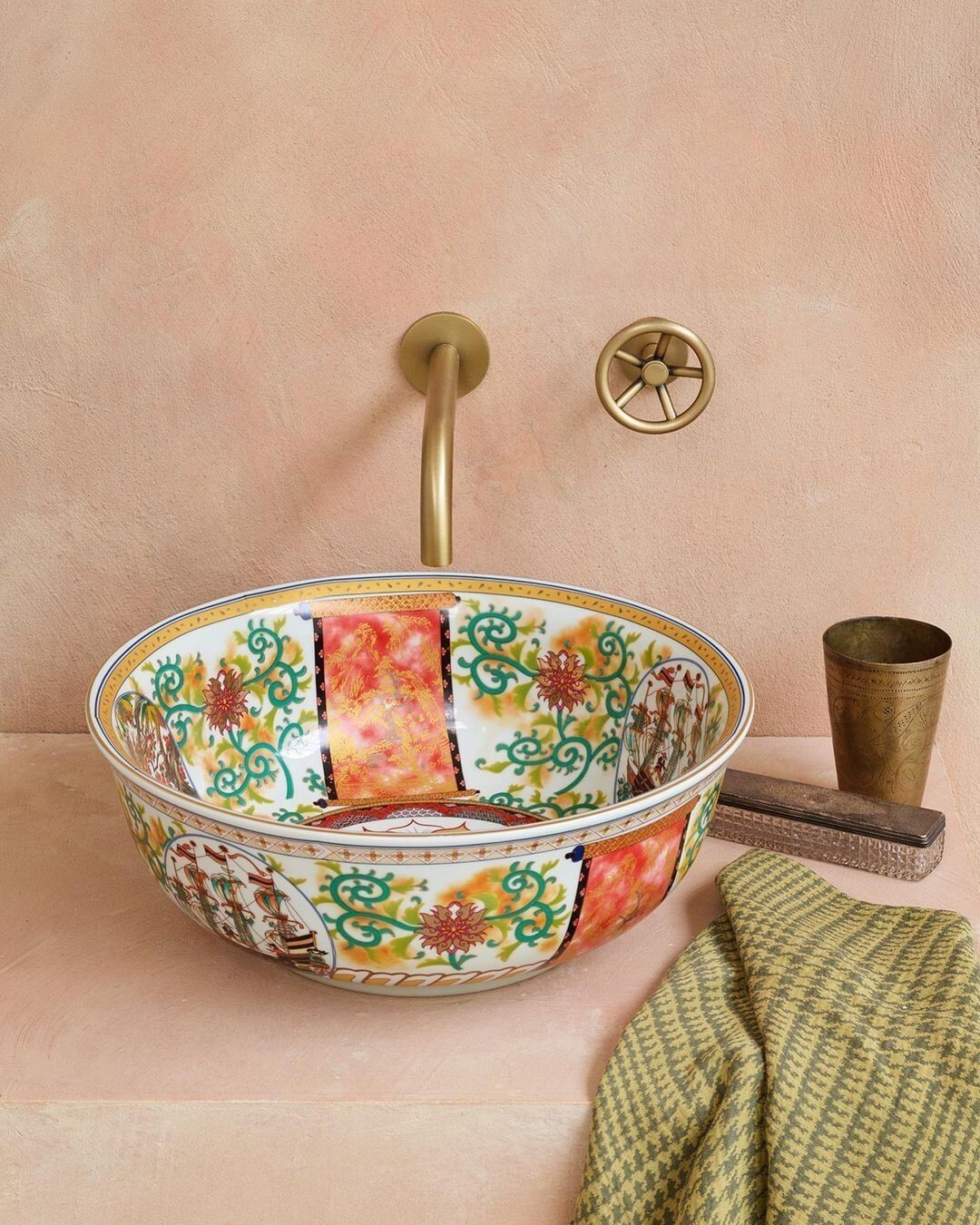 We have outlined 20 bathroom faucet finishes that work perfectly for any home style, from traditional to mid-century modern and everything in between. 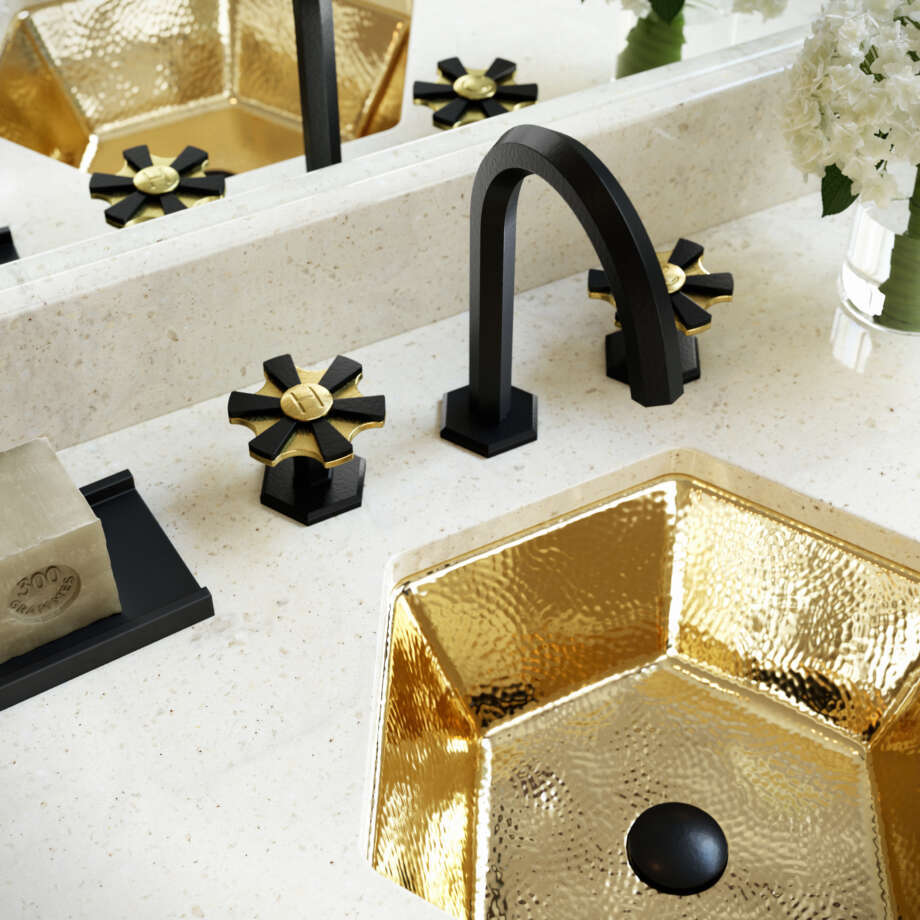 We’ve been living in a “new normal” for about two years now, so for 2022, Watermark Designs wants to deliver something a little different — and certainly not the norm. We’re thrilled to announce the James collection for kitchen and bath, our newest debut for 2022.