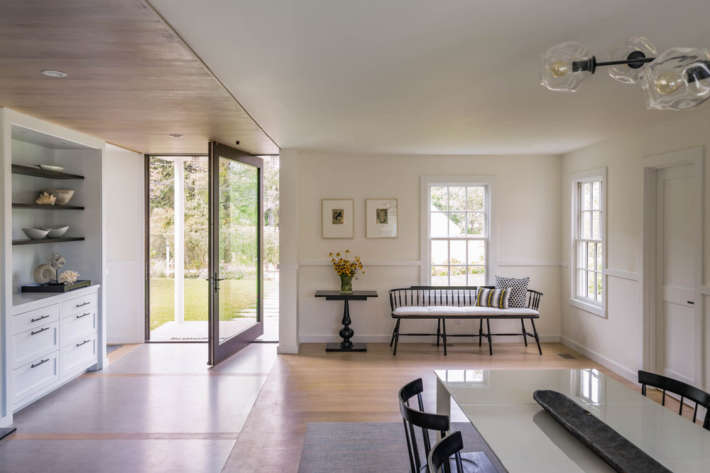 Drawing on early American design traditions and influences, O&G produces a wide range of lighting, furniture, and hardware for every space.

Founded in 2009, O&G is led by Owner and Creative Director Jonathan Glatt, who oversees a team of 22 craftsmen and employees to produce a range of seating, tables, lighting, decorative accents and hardware across three distinct product lines.

If you’re looking to transform your home into a truly timeless space, you’ve come to the right place. It’s no wonder that Watermark collaborated with O&G for one of their newest collections, Brut.

Jonathan Glatt: The Co-founder Behind the Timeless Pieces 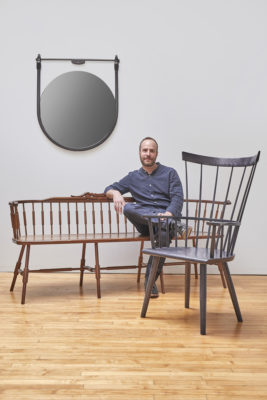 Jonathan Glatt, an American designer living and working in Rhode Island, is the Owner and Creative Director of O&G.

Jonathan was always a creator and maker, but did not originally set out to become a furniture designer. Through a series of early experiences in auction houses and jewelry design, he honed his eye for how things were made and the differences between a good piece and a great one.

In his early career, he interned and worked at Sotheby’s Auction House in the American Furniture department, where he honed his eye and gained his love of furniture, design evolution and craft. After 10 years practicing as a jeweler, designer and fabricator, Glatt returned to his love of furniture and in 2009 co-founded O&G with Sara Ossana, with Glatt taking sole control of the studio in 2019. The studio has since made a name for itself with its line of heirloom-quality furniture, expanding more recently into lighting and hardware that echoes the rich history of New England and draws on Glatt’s background in jewelry and metalworking.

“We draw inspiration from design history and our local landscape—everything from Narragansett Bay to the architecture of Providence and Newport,” says Glatt.

Glatt views design as an ever-evolving continuum. While societal wants and values shift constantly, it’s important to be able to cherish tradition and transform it into something relevant and desirable. 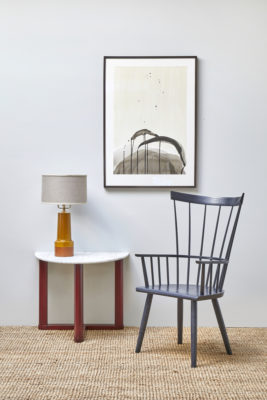 While vernacular design can be found in every part of America, New England’s historic craft culture is arguably the most influential because of its timelessness. After all, Rhode Island is known for some of the most iconic and highly regarded early American design from the Ocean State’s furniture industry several centuries ago.

O&G showcases New England’s woodworking tradition by playing with traditional forms of the past, most notably the Windsor chair, while also referencing regional traditions as far ranging as shipbuilding and cabinet making.

O&G’s contemporary, pared back silhouettes and commitment to craft reflects the early Yankee settlers’ discipline, thrift and disregard for excess. Passed down through the centuries, New England furniture making has experienced a revival as the next era of craftsmanship emerges. 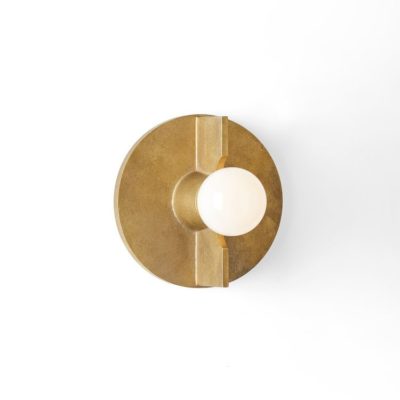 While O&G was initially known for its modern take on Windsor chairs, the studio has recently introduced a new direction. Since taking the helm of O&G as sole owner and creative director in early 2019, Glatt has introduced new typologies, silhouettes, and materials, while remaining true to the studio's founding commitment to craft, quality, and tradition. Earlier this year, O&G debuted the Meridian Sconce Collection of lighting designs inspired by life at the ocean’s edge and crafted in sandcast brass.

O&G’s work has been shown in the London Design Museum and has been featured in Vogue, The New York Times, Wall Street Journal, World of Interiors, Elle, Dwell and other publications.

Timelessness Is All in the Details

The chair features a spindle back and turned-socket legs. Colonial craftsmen produced the utilitarian design in great numbers, making it so universal that it can be seen depicted in many paintings and photos of American historic events.

O&G produces a range of contemporary Windsor chairs, settees, and benches at the company’s 20,000-square-foot facility, where each piece is carefully constructed using traditional construction and woodworking techniques. O&G’s tasteful modernization of the Windsor is finished with their signature stains, a variety of colorful proprietary finishes that highlight rather than conceal the depth of the grain.

“I look at design as a continued conversation over time,” Glatt says.

O&G’s work is distinguished by a commitment to craft, quality, and tradition. Their pieces have an inherent versatility with the ability to present both familiar and unexpected elements in a space, depending on the context they are used. Their modern Windsor chairs take on a different meaning in a modern concrete home in California than it does in a shingled seaside house in Nantucket. The region and clients become collaborators in the story of their work.

A Timeless Collaboration With Watermark Designs

O&G collaborated with Watermark Designs on the Brut Collection after being introduced through a mutual partner.

The two design forces clicked instantly. As fellow designers and manufacturers, both O&G and Watermark were interested in innovative design that drew on the processes of manufacturing for design cues. This rare collaboration was sublime as they spoke the same language and shared the same excitement for design and creation. 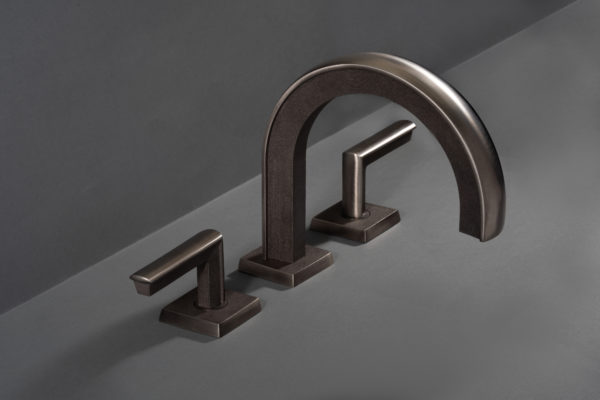 Experimenting with textures, Watermark Designs and O&G have created a bold new collection involving two completely different polishing processes to achieve another in Watermark’s family of unique finish combinations. Brut's spout and handle exterior are smooth and polished while the underside is crafted with an earthy rough-hewn material, both of which are available in twenty-four stunning finishes. 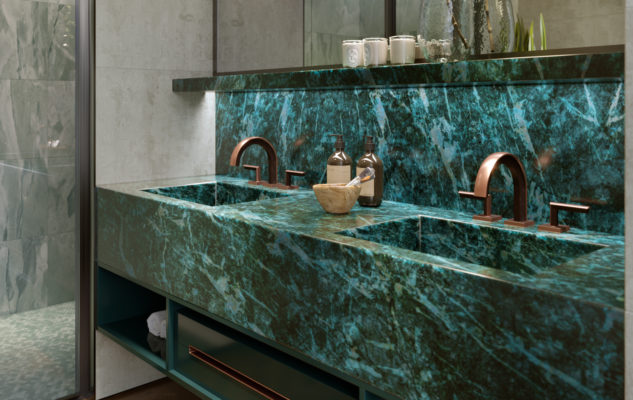 O&G’s work experiments with the ways old and new combine – through imagery, mixed materiality, manufacturing processes, and technology – to produce objects that are truly timeless.
Until recently, Glatt felt the majority of contemporary design too narrowly focused on pushing the boundaries of minimalism and industrial processes, and lacked an important and active conversation with the past. Since its founding ten years ago, O&G has been an influential voice in the contemporary design market, helping to revive what is now an avid interest in craft, process, and traditional aesthetics .

Much can be learned about timeless design by looking at the work of O&G Studio and the Brut collection in collaboration with Watermark. These timeless pieces celebrate rich history and continue old design legacies by creating work that is new, surprising and uniquely its own.

To discover more about the Brut Collection and all of Watermark’s timeless designs, check out our website. 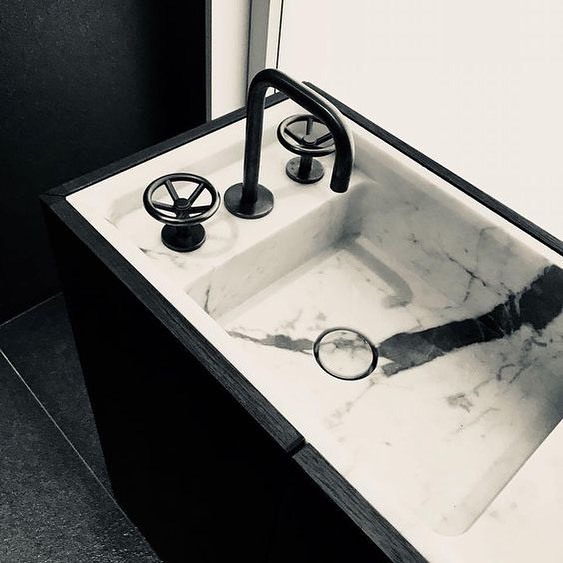 We’ve rounded up 11 ways to incorporate faucets with a gunmetal finish to show you how easy it is to add a little edge to any design.

Future-Focused: Bathroom and Kitchen Trends for 2022 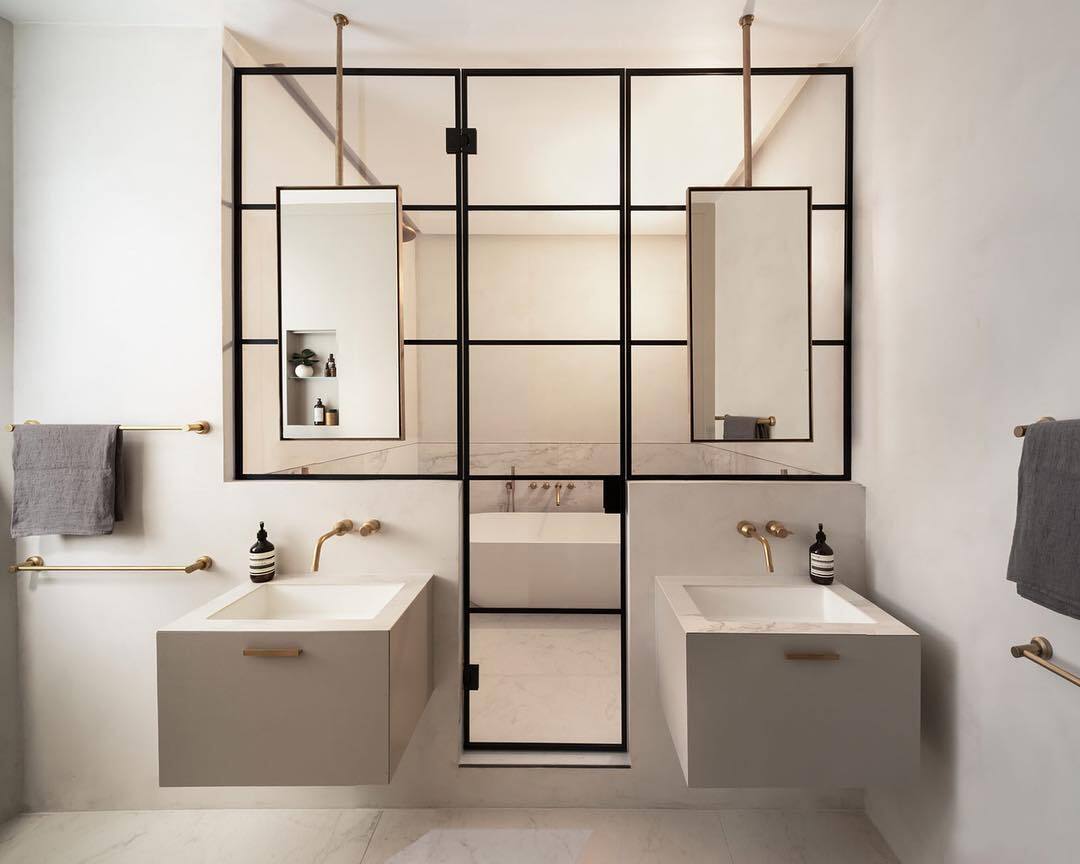 Here are a few 2022 bathroom and kitchen trends we can’t wait to see. 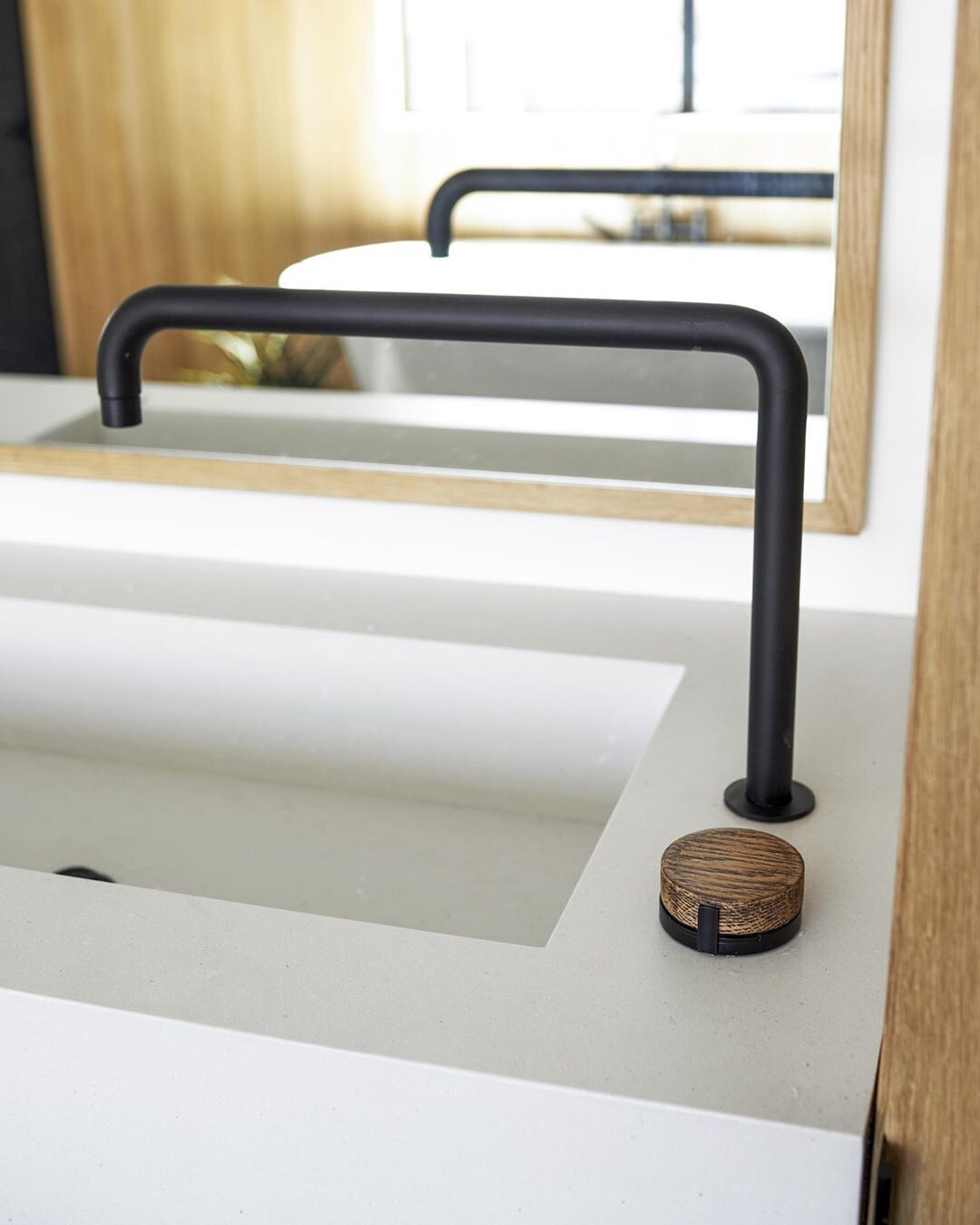