The Inspiration Behind Brut 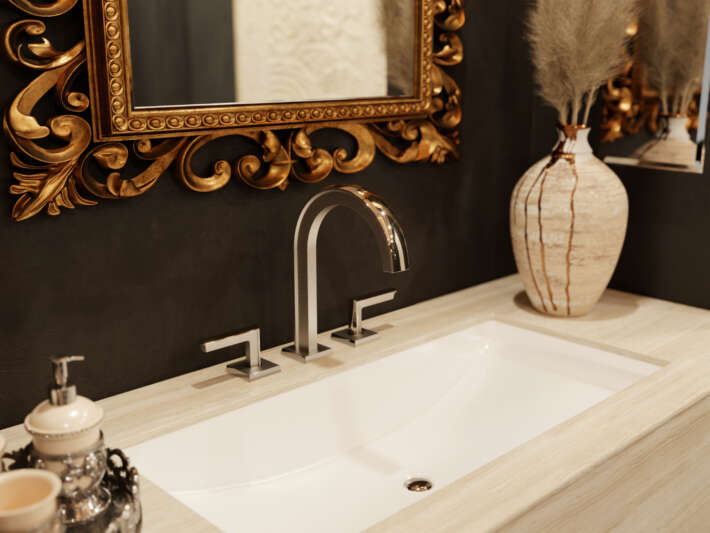 Brut, designed in collaboration with Jonathan Glatt of O&G Studio, is a bold new line that truly stands out from the crowd. Here’s what inspired its creation:

Sparking Inspiration: The Story Behind Brut

Brut stands out for its distinctive lines and solid profile. Its manufacturing process involves two different polishing techniques, which produce some of the most unique finish combinations on the market. Brut comes in 27 different finishes and offers today’s designers a look that will enhance any bathroom and kitchen space.

We talked with O&G Studio’s Jonathan Glatt about the conception of Brut and where its timeless style came from. “The original design is about two and a half years old,” said Jonathan. “I’d been designing pieces that were using the texture that you get when you sand cast brass, along with interesting geometric shapes.”

Jonathan has a history in designing with metal: “I started out as a metal worker and a jeweler before I became a designer.”

He went to Syracuse University for Jewelry and Metalsmithing and had an internship with Sotheby’s auction house in New York. “In museums, you see the great stuff. In the auction house, you see the good, great, the bad, all next to each other,” he said. That experience led him down a road where he was able to experience folk art, American furniture and antiques first hand.

Eventually, he began designing his own jewelry and was part owner of an antique store. Then, in 2009, he co-founded O&G studio, which is now a renowned furniture manufacturer that pulls inspiration from American design traditions.

“The name Brut references brutalist architecture,” explains Jonathan. The New England region has a history with this type of architecture — and it’s one that’s quite divisive. “Some love it, but most hate it,” shared Jonathan. “And it’s classic New England.” 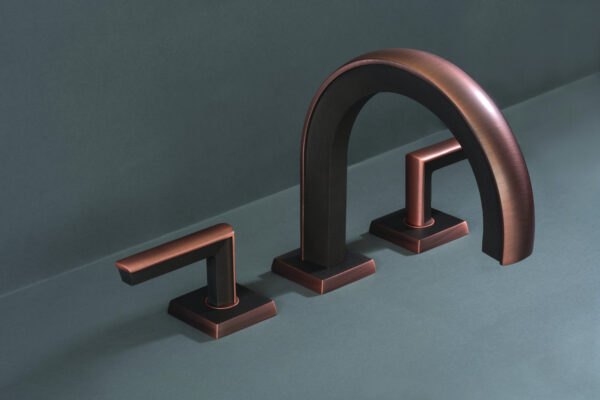 Brutalist architecture is about “volume, shape, and shadow,” explains Jonathan. Heavy, raw concrete is found in this type of architecture, “so it’s the geometric shape and shadow and surface that are the detail.” That raw, unfinished look was the inspiration for the Brut faucets.

“In practice, it was really challenging,” noted Jonathan. Typically, faucet hardware is smooth and finely finished.

“Usually sandcast is polished away,” he explains. “It’s usually not a part of the final product.” And it was a challenge for Jonathan to find someone that would buy into this new type of faucet design.

“It’s hard to get a foundry to buy into it. They’re usually thinking of lots of secondary processing that would erase that sandcast.”

While experimenting with this kind of casting, Jonathan connected with Avi Abel, our very own President of Watermark Designs. “They recognized it was something interesting and different,” said Jonathan. And they started their collaboration on a new design.

Jonathan’s experience with Watermark’s team was rewarding. “They value what makes their design stand out among others,” he mused. “They like to innovate, and they really took things the extra mile to make sure the mechanical functions didn’t kill the design.” 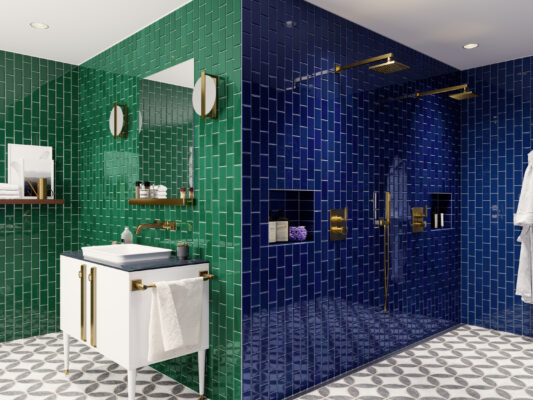 Jonathan has a specific approach to his faucet design process, depending on the piece. “Sometimes it’s drawing first, but sometimes it begins with an actual full-scale model. With Brut, we did drawings and renderings.”

Jonathan produced 3D prints of the faucet for scale and proportion. They also built a model of Brut in wood, then cast it in brass and bronze to test the finishing process for the design. The model seemed to work in the studio, so he went to Watermark with the prototype. “We learned more about the mechanics, waterways and valves, and what kind of limitations those introduced into sections and diameters.”

The process was all about testing the look of the faucet and its functionality. “We wanted to see how tall we could design it,” he said. “We had ideas for a very tall gooseneck version, but that was beyond the scale that the foundry could cast.”

Jonathan and the engineers at Watermark went back and forth with the design until it was perfected. The result is a smooth, polished exterior to the faucet, with a rough underside. Brut has a balanced and bold appeal and offers bathroom or kitchen designs a touch of timeless style and personality.

“When there’s so much engineering in a project it’s not always a good mesh between engineering and design,” explains Jonathan, “but this was really great and an easy collaboration.”

The Joy of a Good Partnership 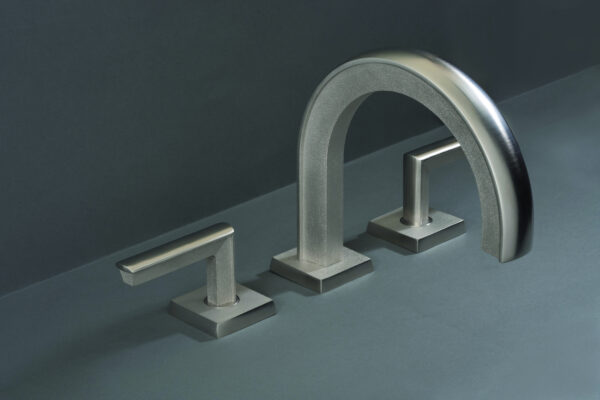 “I started out as a designer and a maker because I enjoy it,” said Jonathan. “One of the things that has changed is, I’ve gotten to a point that I love making, but I’ve really gotten to a point where I love working with people who know what they’re doing.”

Jonathan says he’d enjoy working with Watermark again if the opportunity comes up. “They were just as invested in the design as they were in the engineering.”

Have a design you’re excited about? We partner with designers and architects to create some of the most distinctive, custom products available on the market. Reach out here and get the conversation started today.

In the meantime, check out the Watermark faucet configurator to style your own bathroom or kitchen space. 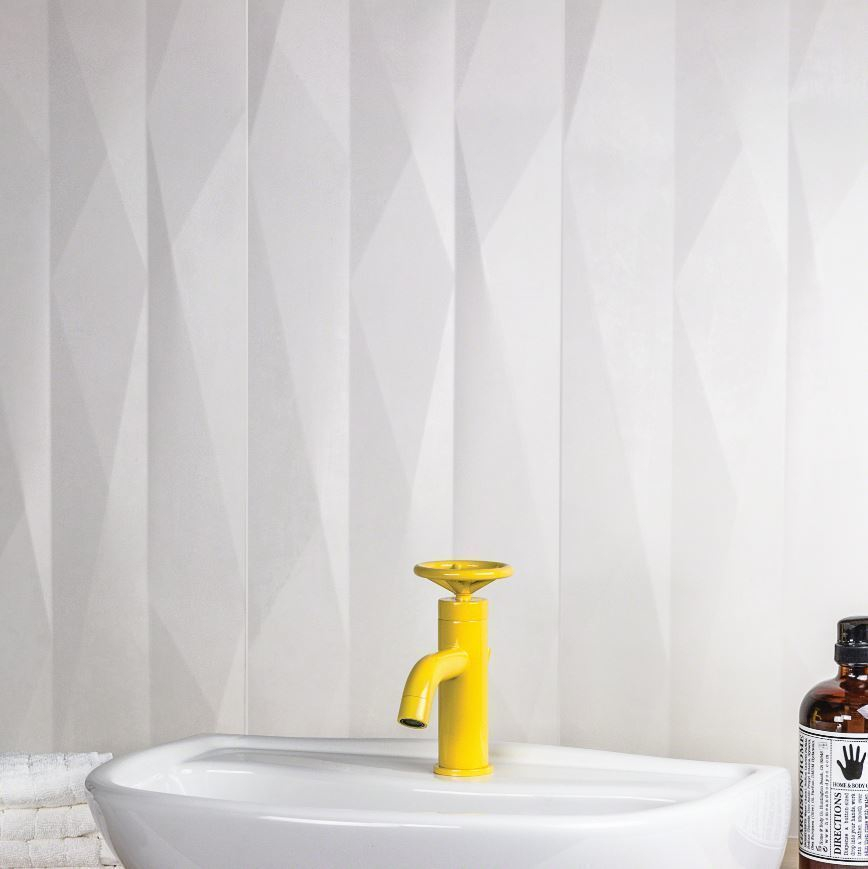 One way to infuse individuality and style into a bathroom design is to choose a faucet with standout handles. Let’s check out these 12 striking faucet valve wheel handles to get the ideas flowing.

The History of Bathrooms: From Outhouses to Heated Seats 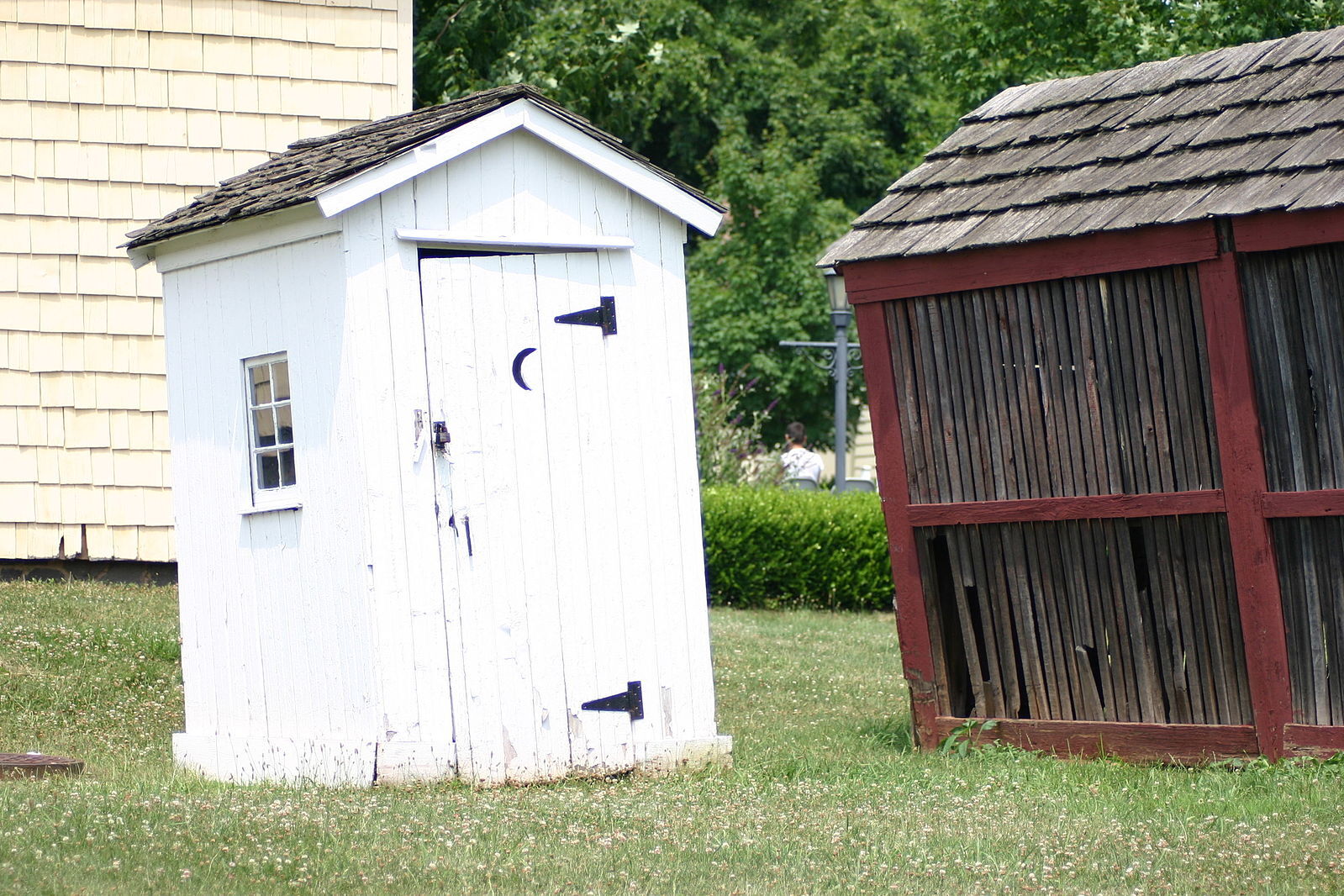 We’ve come a long way from outhouses and the Roman baths of yesteryear. Here’s where the most important seat in the house got its start. 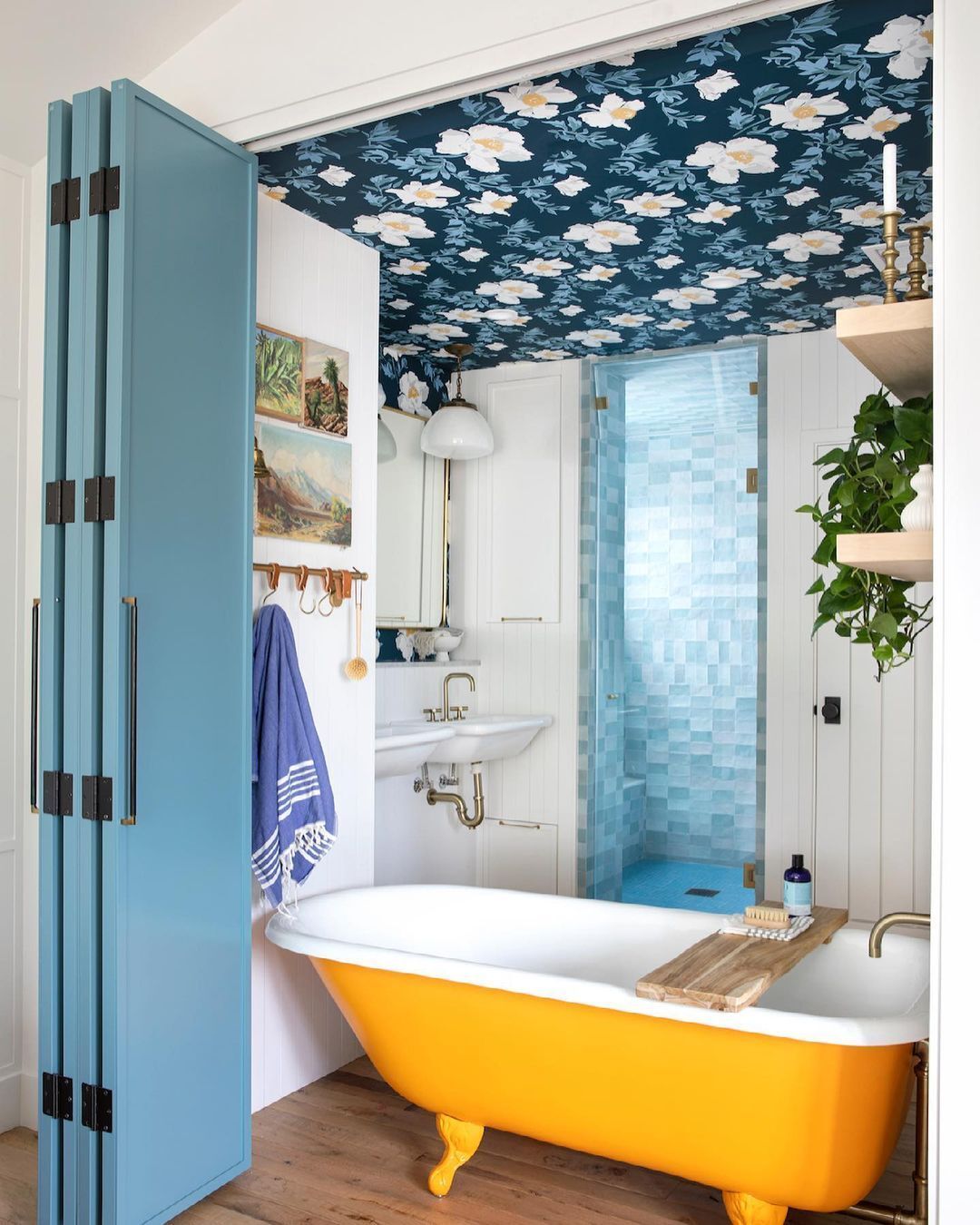 Choosing clawfoot tub fixtures, either for a new design or for a replacement faucet, depends on a number of factors. Let's take a look at those factors.